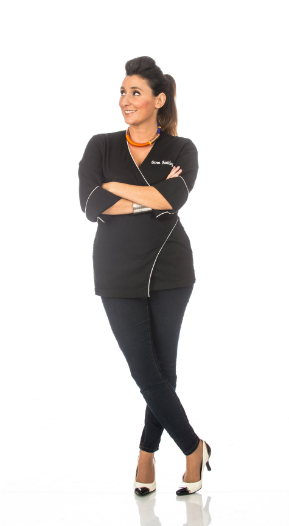 Gina Keatley is an award-winning dietitian and television correspondent. She specializes in understanding culture through cuisine. Gina has been honored with The President’s Council on Fitness, Sports & Nutrition Community Leadership Award.

Her passion for nutrition brought her to health media contributing to media outlets such as Food Network, ABC, Fox, Bravo and many more. She hosted Healthy Soul for Uncanned Productions for four seasons. She is now the host of Deliciously Diverse: Malaysia, a culinary expedition designed to embrace new foods and Be Fearless, Be Full. Amazon Prime picked up Deliciously Diverse Malaysia with Gina Keatley in the US/UK from 2017 to 2021. It is presently available on Amazon Prime Japan in Japanese.

In 2017, Gina joined the NESTLÉ® USA family as a spokesperson for Balance Your Plate. This educational campaign helps consumers to build nutritious, delicious, and convenient meals that meet the Dietary Guidelines for Americans.

In addition to her television work, Gina’s wellness contributions include HuffPost, Yahoo!, Good Housekeeping, Cosmopolitan, ELLE and O, The Oprah Magazine. When Gina isn’t working on TV food segments she is giving out tasty treatment to her patients at Keatley Medical Nutrition Therapy.

As a Certified Dietitian-Nutritionist she holds an MBA in Healthcare, BS in Nutrition from New York University, a degree in Culinary Arts and continuing professional education from Harvard T.H. Chan School of Public Health. A professor herself, she now teaches International Cuisine at The City University of New York, the largest urban university system in the United States.

She also participated as the lead innovator for The Research Foundation of The City University of New York. Where she fused tech and food in collaborations uniting students from multidisciplinary fields to create food and health related technologies.

“I am pleased to be able to unite students from varied international gastronomic backgrounds with a talented tech team all wrapped in a culturally competent bow.”

Additionally, until 2021 she was immersed in the world of digital publishing as the creative director, of Tasty Bytes Magazine, a food and tech magazine that offers its readers a 2.0 look at gastronomy.

In her spare time Gina dabbles in digital photography with two books to her name Dogs of Delhi: A photographic journey of must love metropolitan mutts and Cats of Taiwan: A Photographic Journey of Taiwan’s Cat Village.

Her most recent adventure includes her new position as CEO for Sicilian Olive Leaf Tea launching in 2022.